It is a well known fact that Cannabis has been used for thousands of years for both therapeutic, spiritual, and recreational consumption. The earliest traces being found in China and dating back to roughly the 2700’s BC. Since then Cannabis has gone through periods of extreme prohibition across the globe, prohibition we are finally seeing come to an end in progressive nations like Canada and Holland.

CBD, also known as Cannabidiol, on the other hand is a more recent phenomenon in its current forms. It is a relatively new and modern substance that is making headway across Canada and the United States for its reported medical benefits for a wide range of ailments.

But, the question on many people’s mind is, “when and where was CBD discovered?” To understand this we must go back to the late 1930’s when the first discovery of an individual cannabinoid was found by Robert S. Cahn a British chemist. He first found a partial structure which he later completed as a fully formed CBN (Cannabinol) structure in 1940.

Soon after Roger Adams, an American chemist, successfully isolated the first ever cannabinoid, Cannabidiol which we commonly refer to as CBD. This also made it possible for researchers to discover the psychoactive properties within Cannabis such as, THC (Tetrahydrocannabidiol). But there was little research during these days regarding the varieties of cannabinoid structures and only incomplete understanding of the biology compositions within an individual plant.

Problems and Victories of Research

The issue with doing Cannabis based research was that it was still considered a schedule 1 drug, like heroin or cocaine, and this made locating marijuana and conducting research was incredibly risky and illegal. Partially due to the cannabis scare of the early 1950’s and following the increase of its consumption by young people around the world in the 1960’s and ’70s, there seemed little hope this law would change. In fact its still a schedule 1 drug federally in the United States of America. But a victory was on the horizon and when in 1978 the state of New Mexico passed the Controlled Substances Therapeutic Research Act things began to change.

This bill recognized Cannabis as having therapeutic and medicinal value. Because of this research began to increase and soon more breakthrough information was discovered regarding the potential application of CBD regarding epileptic seizures. Dr. Raphael Mechoulam began using CBD at doses of 300mg daily administered to 8 subjects. They determined that after just 4 months of daily CBD consumption half of the patients stopped getting seizures all together while the others had a great reduction in the number of seizures experienced.

CBD In Canada Vs. USA

There is great interest regarding CBD and its uses both here in Canada and in the United States. The USA is a little ahead of the curve when it comes to cannabis and medical legalization as well as recreational but they are not nation wide. Many states now have medical marijuana while many still do not, and even less have legalized marijuana recreationally. Where as here in Canada marijuana has been legalized for medicinal purposes for several years and now is legal for recreational consumption throughout the entire nation.

This is when the ability to conduct research exploded regarding the potential for CBD to treat a large range of ailments. Despite its large scale use and increase in availability for research there is still the gray area of federally illegal but legal in some states. The distinction of CBD and Cannabis became widely known in the scientific and medical world, but not yet in the eyes of the government.

So, Where Does CBD Stand In Canada Today?

Marijuana’s legalization has done little to change the way that CBD is regulated. Marijuana and CBD can only be manufactured and sold by registered retailers according to Health Canada and there is some importance to that. Unregulated CBD is untested by any governing agency and consumers may be unaware of its potency or other compounds within it. This is why purchasing CBD from a source that goes through the proper testing and channels is important for everyday consumers. Knowing what you are consuming has the highest quality standards and does not contain any fillers or unknown chemicals is a must.

Whenever you’re considering buying or you already are purchasing and consuming CBD, for whatever the reason, make sure it comes from a reputable source. Not all CBD is created equal and different purities and impurities may be of some concern for your average use. Finding the Best CBD In Canada, doesn’t have to be that hard though and can be done 100% legally if you just do a little bit of looking. 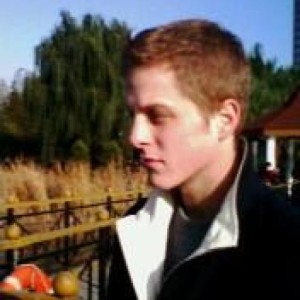